I caught part of an episode of South Park the other day.  That show is insane.  Pretty fricken' hilarious.  This one involved a motorcycle gang vs. the town of South Park.

The boys were calling them f–s and went so far as to spray paint, "Get Out F–s" all over town.  Then, two homosexuals saw it and were offended thinking it was aimed at them. They rallied all the gay folks in town and got ready for battle. 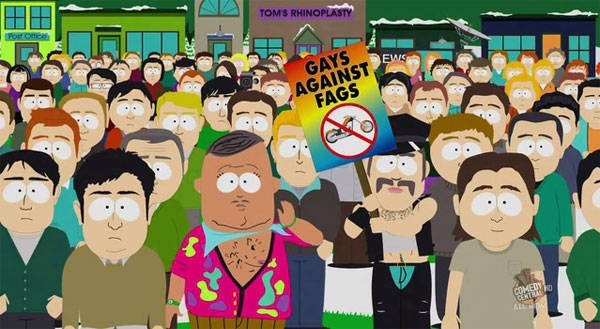 Meanwhile, the boys had to explain themselves in court.  They explained that just because someone is gay doesn't mean they are a f–.  If they have a loud obnoxious motorcycle that they rev up through town then yes, they were.

If the person did not have a motorcycle but was considering getting one, then they are "Bike Curious." 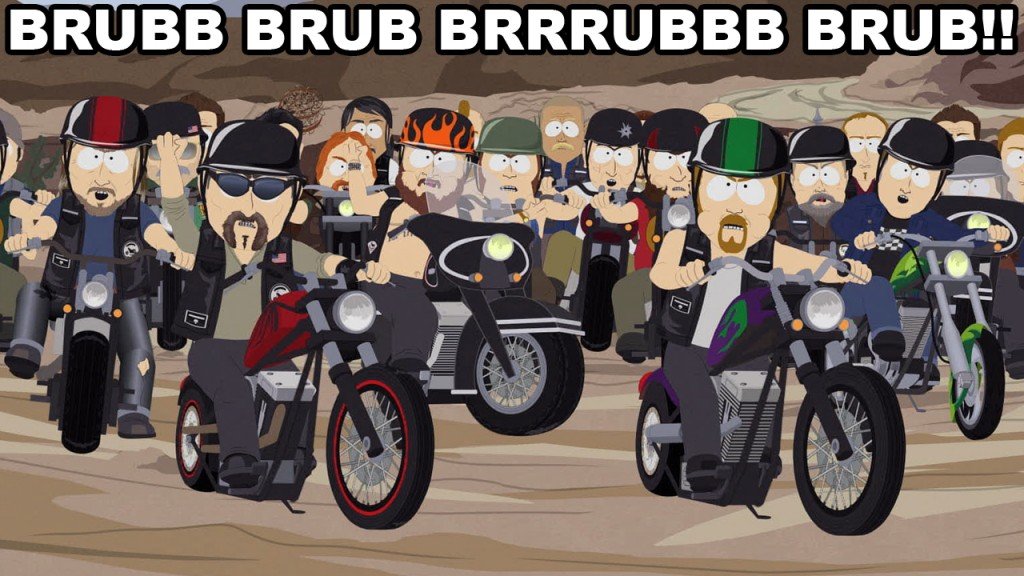 Apparently  its an older episode but I hadn't seen it and it was great.  Maybe I'll have to start watching again…

Its important to note: 1. I am not homophobic or hateful in any way (in fact, I have DJ'd in the gay community for years and my sister is gay)

2. Neither are the makers of South Park, since both of them are gay. (just fyi)

Have a super fantastic day!